The May Cheong Group (MCG), manufacturers of the famous die-cast and radio control replica brands Maisto and Bburago, have released details along with photos of yet another new addition to their Exclusive line, the Audi R8 V10 Plus.

Maisto issued a list of nearly 20 dierent enhancements to the Audi R8 V10 Plus from their already highly detailed Premiere Edition line. Once removed from their unique collector’s box, you’ll nd the Audi R8 V10 Plus in either metallic white or red with all of its gorgeous details such as the new 3D effects on the vehicle’s logos and badging. The increasing attention to detail can also be found inside the model with hits on items like the the seatbelts and even the sun visors. Further details are highlighted in the photos below as well as the accompanying page. 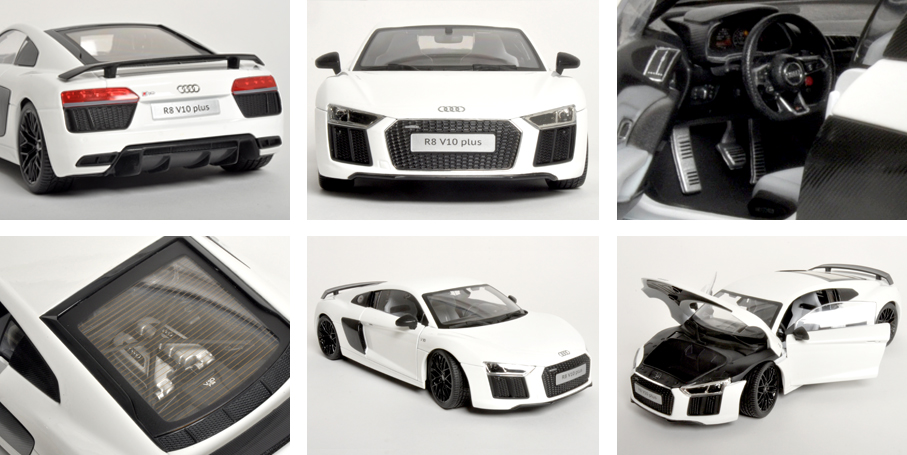 More information and photos, including 360˚ views, can be found on their website.